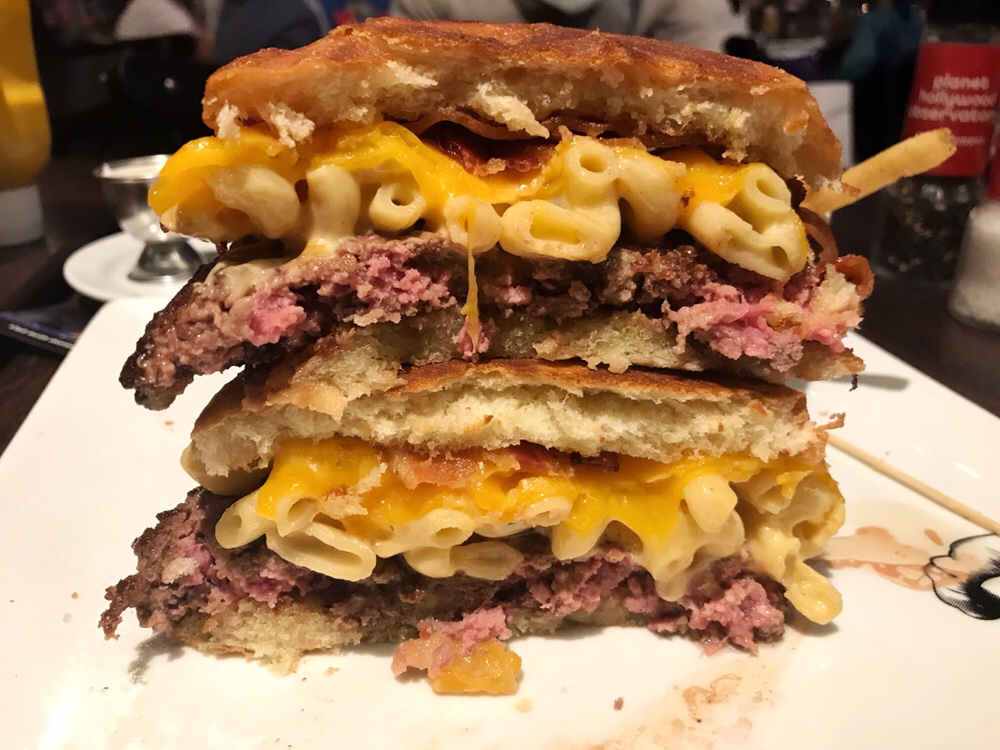 This burger is from Planet Hollywood in Disney Springs. Cooked perfectly and topped with flavorful mac and cheese, I at least expected a real bun, not whatever that is on top of it. I also expected the guy who took me on a date for this burger to not be so annoying. Bust. And with that being said, expectations are today’s topic.

As a female I feel a whole whirlwind of emotions, as do all others it seems. Sometimes I can hold them in and other times it’s like word vomit. I just can’t help myself, even through text message. It’s like that first or second text wasn’t enough, I have to keep sending them to get a point across. But even then, sometimes I still, or rather rarely, get the response I’m searching for. Does the fact that as women, because we put a lot of thought into responses, that we expect men should as well? Maybe we should stop expecting men to give us the same thought that we give them. Every move, every word, every action, I analyze. And sometimes I come to the wrong conclusion, though 99 percent of the time I’m right. But that leads me to the question of, does me willing something to be wrong and prodding actually make something wrong when there wasn’t before? I think that intuitively I know there is something off, but I make it worse, turning into usually the explosion of a relationship. Men do not care to show emotion, at least, not any I have been interested it. And that seems to be the thing; women are attracted to emotionally unavailable men. I expect these men who tell me they are closed up to just let their guard down and let me in with open arms. The fact of the matter is, no matter how badly I want it to happen, the man who is not ready to open up is not going to. And there is my first question, do we expect too much? We all do this. We write the good, decent men off. We go for the man who is going to treat us bad and who actually was upfront about their lack of emotional expression in the first place. It’s like we feel like we can be the one to change all that. I expect a man to just tell me everything and believe I am a good woman because I say so without showing them first. This is obviously not going to happen, not for anyone. Something had to occur to make someone shut down the way a lot of men do. Or maybe that is just how they’re programmed. And maybe we as women need to understand this fact. We need to accept them for this issue and slowly work on it. The more we badger them, the less they’re going to give us the emotional satisfaction that we crave. I learned this tonight, and many times over. But tonight I think it is finally clicking. Stop expecting these men to do what we would do. To share what we would share. And feel as fast as we would feel. It’s just not going to happen, at least, not anymore.

Though it should be noted, to ease your mind, men DO feel. Really. The just find themselves unable to express it in the same way that women do, and we must stop expecting them to do so. If you can learn to accept this and let him come to you, you will both be happy. If you can’t, then expect him to always be on the defense and you never getting what you want.

I’d love for a man to give me the emotional satisfaction I need. But I would also love another burger that looks like this picture. Probably take that over the man honestly. Good food good mood.