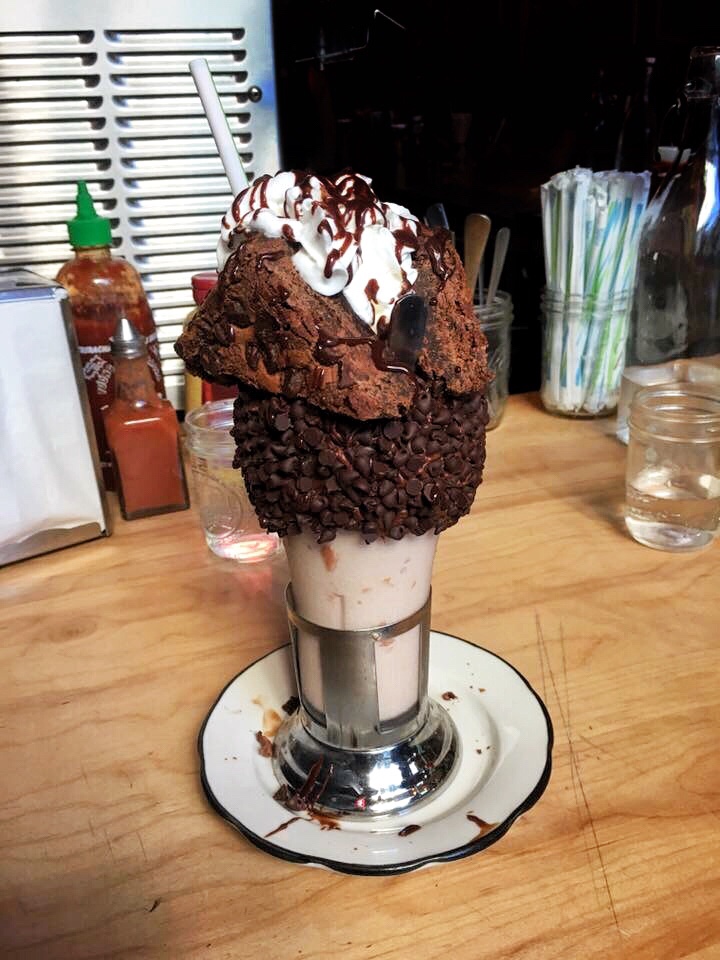 If I have enough of these Black Tap milk shakes do you think I’ll be able to suppress my feelings? Yes? No? Maybe? It’s worth a shot. Unfortunately I’d be waiting in line for an hour or so before I even get to think about attempting it. Oh well. Worth it.

It is 2018. Why is that significant do you ask? Oh no reason, really. That’s just the year it is. But that being said, think of the fact that humans have been around for a long time. You’d think by now we’d have things figured out when it comes to how we talk to people and interact. I don’t think we really do. In fact sometimes I really think we are going back in time instead of progressing. I like to imagine that I’m an expert and that the next guy I have relations with I will do everything totally right and not fuck up like the last. Wrong again.

What’s the matter with me? Oh that’s right. Nothing. Because apparently the world is now filled with snowflake men who can’t handle it when you tell them something is wrong. And I’m not down with that.

So get this, I’m a female and I’m upset. Typical. At least that’s what your boyfriend/friend/whatever he is to you thinks. Women are always upset. And why!? They think they have no clue and don’t understand we are mad. I think that men do things quite often that they KNOW will upset a woman and then acts surprised once we flip out.

So what do we try to do instead? Hmmmm….well that would be to suppress the emotions. Which we all know never turns out good in the end because that just ends up being an explosion of feelings. To where a woman, and I quote, gets told she is “too emotional.” So what would be the way to solve this? For a woman to be upfront from the start and tell a man when he has done something to upset her? Well apparently then you are also too emotional. Or as I was told recently, “too intense.”

Um. What? When did men become so sensitive? Like they can’t handle words!? Baffling.

Oh but only after apologizing to me for canceling at the last minute and me calling him out on the fact that’s annoying was I too intense. Interesting that stating valid facts deserves that term. Swear the next guy who says something like that when I’m being pretty calm will get that intensity. Watch out.

Why is it that we can no longer tell a man when they have done something to upset us without being labeled as intense, crazy, or emotional? It’s like they think they are perfect and we have no right to get upset. Well I do not find that to be so. However, if you want to keep the peace I guess you’ll need to keep it to yourself with most men. You could be cool as a cucumber and telling him why what he did upset you and still be too much for said men to handle. That’s because men these days can be such babies and don’t know what emotion is. I don’t really think that this is how generations before us operated, considering out grandparents had such strong, long lasting relationships. I do believe the key to that was communication. So what I learned about this is eventually a man will be willing to talk, you just have to give him space. And you need to learn to choose your battles. Or at least work on your reactions to being upset or the way that it’s brought up.

But let this be a sign unto you, a man knows when he is wrong. So it’s just up to you on if you’re willing to put up with the bullshit. I’m not. But I’m single. If you can keep things in and maybe vent about it to someone else, that might be your best bet, because these new men apparently think we are not allowed to voice our opinions. It does calm you down to talk to someone else about it or write it out. I learned that keeping it to yourself makes things a whole lot worse. It’s understandable to not want to involve too many people because you wouldn’t want your best friend or family member to only ever hear the negative about your significant other, but sometimes it is just necessary.

I’m now going to go eat some chocolate to try to recover from being so “intense” because wow that just took all my energy *eye roll*. Need replenishment.