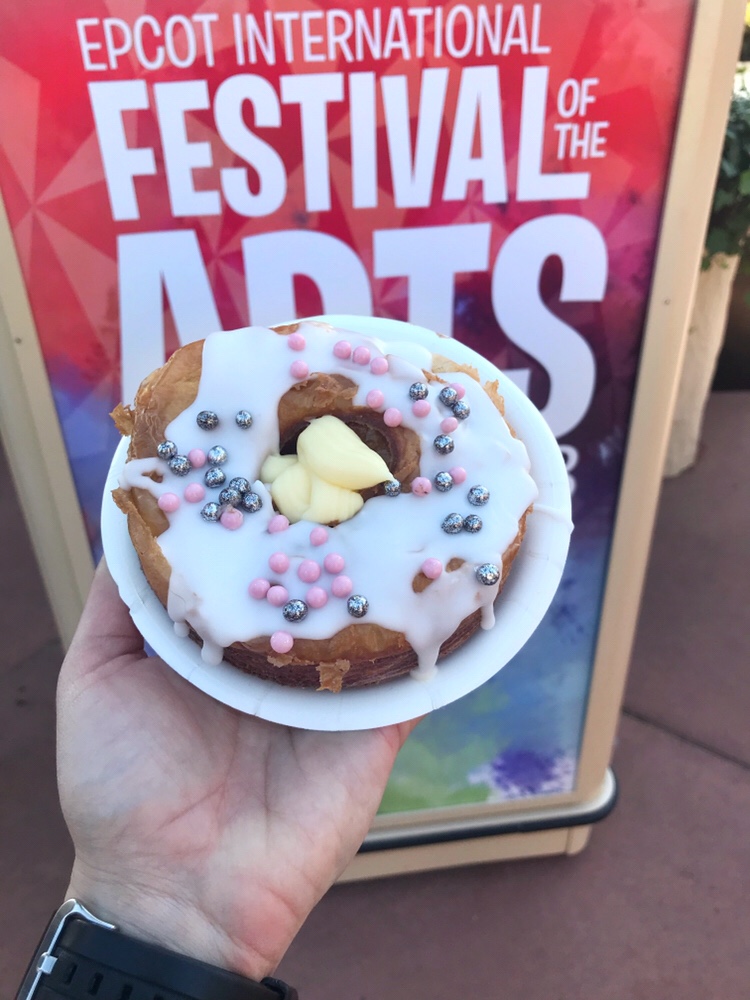 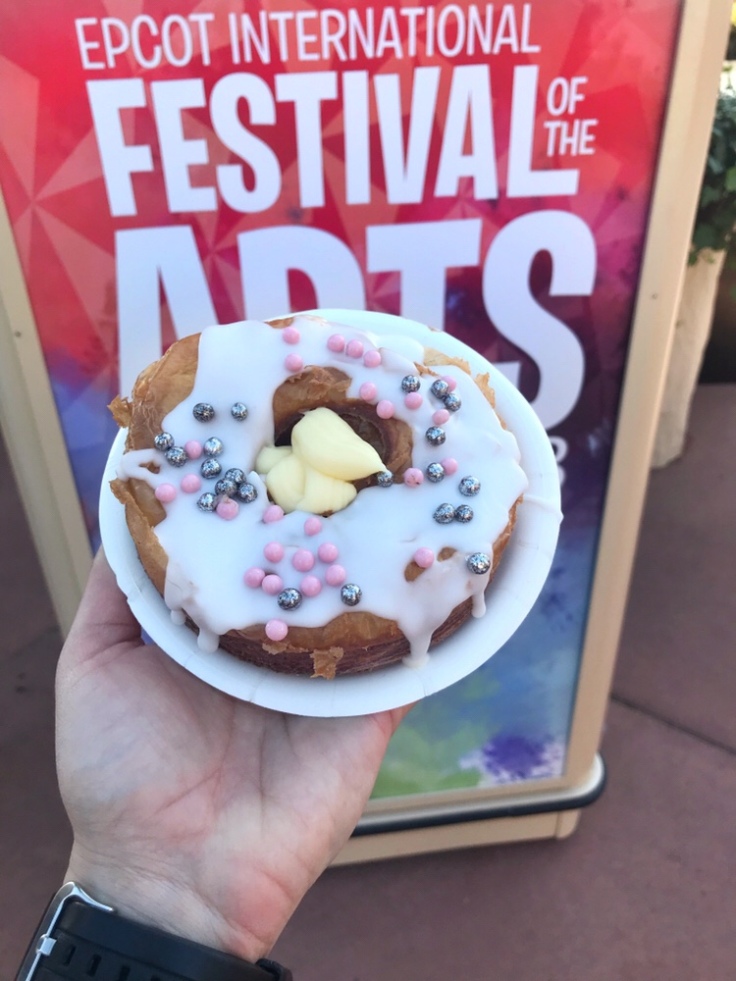 What if I told you that this croissant donut was one of the worst things I’ve had at Disney? Sure looks beautiful, tastes crappy. Yeah, I’d be lying. This croissant donut was AMAZING and just everything I wanted and I’m not even sure it will be around after Festival of the Arts at Epcot. That’s a bummer. I’m glad I didn’t lie to you about it, incase it’s around. That way you know about it and can go try it for yourself!

I think you can guess where this is leading.

To a ridiculous post about ridiculous men. That’s right, this one’s for you Mr. B. Since clearly I have a ton of emotional issues, I do like to write about them and you’re the subject. You didn’t think I would leave ya out? Even if it was only a five day relationship.

Five.fucking.days. You read that right loyal food over duders. Maybe I’m the problem. Maybe I just choose men who can’t handle real emotions and situations. Why I am always attracted to this type of man totally bewilders me. Like, I have met nice men who I know I could totally trust and they’d probably be GREAT boyfriends. But I never choose them.

Oh yeah, let’s get back to the topic here. Five days. haha. I think I’m done. Ugh. It’s hard for me to really even gather my thoughts on where to start here. It’s apparent I can’t keep a man around. Guess that’s an issue and something I have to work through. I have some serious trust issues, that’s a fact.

But I was up front about that. However, does it matter? Does telling a man right away that you have certain problems enough? Apparently not in this relationship. You can be as upfront as possible about flaws in your personality to try to warn and protect yourself from getting hurt but apparently men don’t listen. I warned you dude. I warned you that I get jealous. That I don’t trust easy. It’s like it went in one ear and out the other. Like I shouldn’t have wasted my breath. Or maybe you thought it wouldn’t be that bad and didn’t take me seriously.

So should we even warn them at all? Or should we just act like we are perfect until it comes out later?

But if you tell a man something very serious that happened in your last relationship that caused a huge riff, don’t you think he would take it to heart? Shouldn’t he listen and think, hey, I’m about to do something similar maybe I should tell her?

But no. You tell me, granted I asked, that you’re gonna start this relationship out the same way my last one started. AND YOU EXPECT ME TO NOT BE UPSET? Never mind the fact we had been drinking which just exacerbated the reaction. Why do men think that they can tell us things they KNOW are going to upset us and not expect us to get upset? I have no answer to this. None. But I do know one thing, apparently we can’t get upset or express how we feel at all. Because you’ll find yourself broken up with after five days.

In addition, it is 100% unfair to judge someone by a drunken reaction. I rarely drink. And when I’m sober I definitely present my emotions in a different way. So newsflash, that isn’t who I really am. And if a man is going to judge you on this, you deserve more anyway. I know I do and I WILL FUCKING DRINK TO THAT. Have fun with whatever the hell you’re going to do in your life. I will be succeeding without you. And one day there will be a man whom I won’t have to question. Which you’re absolutely right, is probably not you. 100 I would probably be wondering what you’re doing while you’re gone and I do need to be able to trust. But you also gave me no reason to. Trust is built, not freely given. Grow up and learn that.

You can say all you want you’re not a douchebag, but your actions will determine if that’s true. Check yourself.